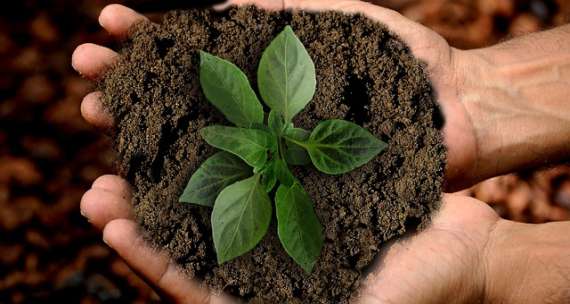 The Black Sheep of the California Building Codes

In the English language, black sheep is an idiom used to describe a member of a group, different from the rest. Those of us who work in the design and construction industry have likely experienced the disparity with which this code is applied in different parts of the State of California. Clearly, there is a wide variation in enforcement of the CalGreen Code between building departments.

This variation in enforcement is far less extreme among it’s sister codes. Just about anywhere in the state the fire code, the mechanical code, the electrical code, the plumbing code, or the structural codes are uniformly enforced. Of course there will always be some interpretation differences, but all aspects of these codes are enforced. This is not the case with the CalGreen Code.

There are building department’s in the state that require little or no documentation for code compliance, such as the City of Oakland or Tuolumne County. You can build a commercial or residential in these areas without any review of the California Green Building Standards Code requirements. Even though the CalGreen Code compliance is mandated by state law these jurisdictions, and many others, simply make no effort to enforce this volume of the California Building codes.

Another variation in compliance occurs, to a great extent, in Southern California. Many of the jurisdictions outside of the Los Angeles Department of Building and Safety where handed an easy out by the California Division of the American Institute of Architects (AIA). The AIA thought it would be helpful to create multi-page CalGreen Checklist sheets that architects and designers could simply insert into their drawing sets. Apparently many building departments thought this was a great idea. The “official” nature of the AIA document led plan reviewers to avoid actually checking if the CalGreen Code requirements were actually shown in the design. The plan reviewers simply see this massive checklist is inserted into the set and look no farther into CalGreen compliance. The AIA checklists have become an excuse for designers and building departments to look no further into whether the code is actually being complied with on the project.

So Why is the CalGreen Code not being Enforced? 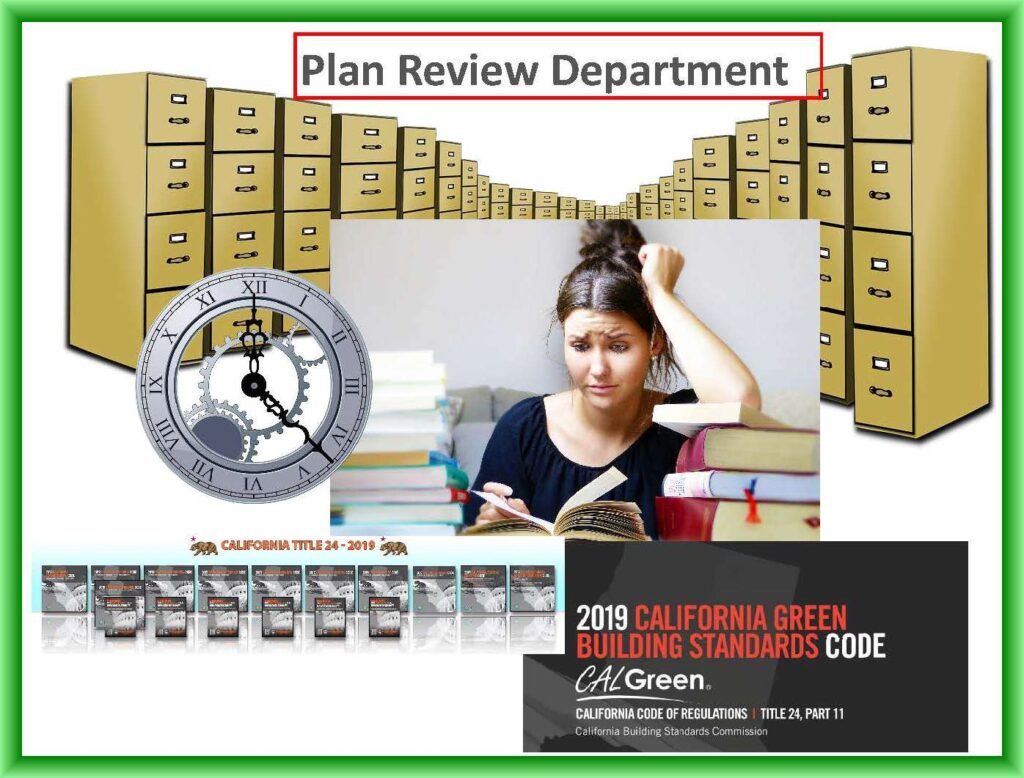 The lack of CalGreen Code enforcement in many building departments is simply a combination of information overload and lack of adequate staffing and funding. It is for the exact same reasons that many architects, engineers, and building designers are also struggling with the CalGreen Code compliance.

The term “information overload” was coined by a Professor of Political Science at Hunter College. It was popularized by Alvin Toffler, the American writer and futurist, in his book “Future Shock” in 1970.

The term “information overload” is defined as follows:

Building departments throughout the state are short-staffed, under-funded, and burdened by all the political and institutional obligations of a municipal organization. When municipal governments are forced to reduce spending, the building and planning departments are the low hanging fruit. Only a few citizens and developers are going to get upset by the delays and lack of enforcement of the building codes.

I came face to face with this reality a short time ago when I visited a building department in northern California. This city encompassies a very wealthy area in the North Bay. I met with the chief building official to review a grey area of the code on a large commercial building. During our discussion the chief building official noted that the department was so under-funded they could only afford a single copy of the State Building Codes! He went on to lament that all of his staff felt overwhelmed by the workload. He further mentioned that there was no funds for training plan reviewers and building inspectors on the never-ending code updates.

I raised the question about CalGreen compliance and he noted it was on the bottom of their list of priorities. It was so low, apparently, that the city administrators somehow forgot to adopt the the 2016 California Green Building Standards Code! All other volumes of the state code were adopted, but the Cal Green code did not make it into the amendment articles and no one noticed. I’m not making this up….

Although I was talking to him when the 2019 code was in effect, the project I was working on was under the 2016 code. When I asked him what this meant for our job he said well, just try and comply with the 2016 code. If you have any issues just let me know. However, since we didn’t adopt the 2016 code, we won’t be doing any review or inspections on it. Clearly, the Cal Green Code is the black sheep of the state building code. This would never happen with any of the other building codes.

At the root of the problem is the massive about of state building codes that are included in the Title 24 of the California Standards Building Code. All of these codes are updated every three years. However, in between the triennial updates the Building Standards Commission issues on-going amendments in between the formal updates. The state code is so massive, and the changes so frequent, that no one can keep up with it.

Architects and the CalGreen Code

It is important to understand that this problem is not limited to building departments. Architects and building designers face exactly the same problem. They, too, struggle with project budgets, schedules, staffing issues, and lack of funds for training. The California CalGreen Code is only a tiny portion of the thousands and thousands of code requirements that are constantly changing. It is literally impossible for today’s architect to keep current on all the codes that effect their project.

Since the CalGreen code is state mandated why don’t architects simply hire a CalGreen specialist to support their project? I believe there are two fundamental reasons for this.

The first is that the chance of them ending up in legal dispute over an omission of a CalGreen Code requirement is minimal. In fact, my research indicates no one has ever been sued for any issue related to the CalGreen Code. If they fail to comply with some requirement, the chance of any kind of penalty is virtually nil. Without enforcement. there is little concern over code compliance.

Why is the CalGreen Code Important?

The CalGreen Code is important as it is California’s only sustainable, green code. In a state that prides itself on responsible stewardship of our natural resources, the expectation should place this code as a priority. The CalGreen Code mandates water conservation, healthy buildings, energy savings, and the reduction of a building’s carbon footprint. It is the one code that strives to ensure a sustainable future for our beautiful state.

California is the only state in the entire country with it’s own sustainable code. It is a travesty that compliance and enforcement in the state is so limited. This becomes more relevant every day as wildfires, drought, and energy costs are increasing problems for all California residents.

At CalGreen Energy Services we are specialists in the CalGreen Code. CalGreen is our only business. If you have a CalGreen question please feel free to give us a call. We are happy to share our knowledge.